Information to Help You

South Carolina is located on the Atlantic Ocean on the East Coast of the United States, above Florida and Georgia, and below Virginia and North Carolina. One of the original 13 colonies, South Carolina is the 40th state by size and — with just more than 5 million people — the 23rd in population.

South Carolina is a right-to-work state. That means that membership in a union cannot be made a condition of employment. In part because of that, South Carolina in 2017 had the lowest rate of unionization in the US – 1.6 percent of workers.

Its strong infrastructure has made logistics a growing industry for the state. Major interstates and rail lines run North-South and East-West through the state, and the Port of Charleston is one of the US East Coast’s largest.

South Carolina is only a two-day drive from nearly two-thirds of the United States. For specifics on our state’s ability to get your product to market, visit the state Department of Commerce’s description here.

Today, South Carolina promotes and builds upon its strength in the aerospace, agribusiness, automotive, manufacturing and technology industries.

Economic development in South Carolina is managed at three levels —

Here, we offer information in two categories — about the State of South Carolina as a whole; and information about the key regional economic development groups.

Key Organizations for the State of South Carolina

SC Dept. of Commerce – This agency  coordinates economic development across the state, and its head is appointed by the governor of South Carolina. Department officials can advise on statewide incentives, labor availability and initial site selection.

Office of Agribusiness Development (within SC Dept. of Agriculture)

South Carolina has eight regional economic development alliances, designed to help new, existing or potential businesses learn about opportunities in a given region.

The Economic Development Partnership represents four counties along the 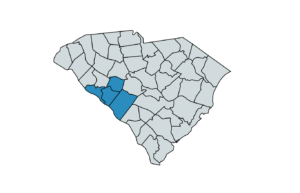 southern border of South Carolina, next to Georgia.

Nationally, this area is known for the enormous Savannah River Site, a federal Dept. of Energy site for handling nuclear weapons material, which employs 10,000 people. Historically, it developed a reputation for steeplechase horse racing and as a wintering spot for the wealthy from the Northeastern US.

The area today is the location of facilities for Bridgestone tires and Kimberly-Clark, among other industries.

The partnership represents the counties of Aiken, Edgefield, McCormick and Saluda. 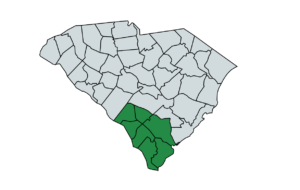 The Southern Carolina Regional Development Alliance represents seven counties in the southeastern corner of South Carolina, between the state of Georgia and the Atlantic Ocean. Those counties are Allendale, Bamberg, Barnwell, Beaufort, Colleton, Hampton and Jasper.

The region allows quick access to the ports of Charleston and Savannah, as well as the beautiful coastal resort areas of Beaufort and Hilton Head.

Among the industries finding successful homes in the region are aerospace, automotive, advanced composites, distribution, forest products and alternative energy. 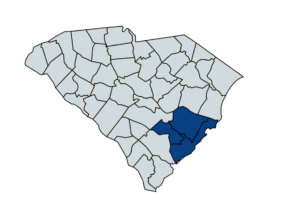 The Charleston Regional Development Alliance represents one of the state’s most important areas of economic activity.

A tourist mecca with its historic homes and beautiful beaches, the Alliance is also home to area Boeing and Volvo. The Port of Charleston is also within this alliance.

The Alliance represents the counties of Berkeley, Charleston and Dorchester.

Probably the most international of all South Carolina’s regions, the area is home to roughly 750,000 people — about 15% of the state’s population. 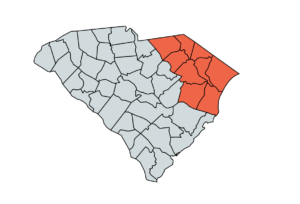 NESA (pronounced Nee-Sa) serves nine counties in the corner of South Carolina between the Atlantic Ocean and North Carolina. This encompasses what is often called the Pee Dee region (named after an Indian Tribe and river) as well as the Grand Strand region (named for the region’s wide sandy beaches, or “strands.”)

Historically a tourist and agricultural area, it has grown in recent decades with the success of companies such as Monster.com, Honda and General Electric.

Today, it targets industries in the aerospace, agribusiness, distribution and logistics, metals and plastic and chemicals sectors. 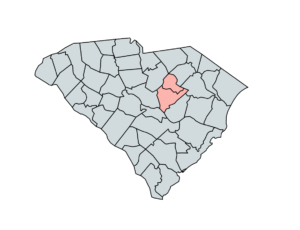 The Link is the name for the economic alliance of Sumter and Lee counties, in the middle part of the state.

Sumter is home to Shaw Air Force Base, as well as a large Continental Tire manufacturing center. 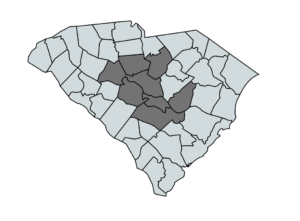 The Central SC Alliance represents the very heart of South Carolina, including the capital city of Columbia. It encompasses most of what is generally considered The Midlands of South Carolina.

Major economic engines for the area are the US Army’s Fort Jackson, SC state government, Blue Cross and Blue Shield of SC, the University of South Carolina and an Amazon fulfillment center.

The Alliance represents the counties of Calhoun, Clarendon, Fairfield, Kershaw, Lexington, Newberry, Orangeburg, and Richland, as well as the City of Columbia. 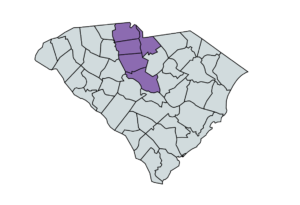 The region nearest the North Carolina border has seen tremendous growth in the past decade, and the region now focuses its industrial growth in the aerospace, automotive, advanced materials and financial services sectors.

The I-77 Alliance represents the five counties of Chester, Fairfield, Lancaster, Richland, and York.

A relatively small country, Belgium is nonetheless quite complex. One of the best concise overviews we’ve seen is from journalist Duncan Robinson, who we quote below from an excellent 2015 article in the Financial Times:

…On a map, Belgium looks like one country but is at least two, and arguably three, divided by language, wealth and politics.

French-speaking Wallonia makes up just over half the landmass of Belgium, but only a third of its 11m population. People from Flanders, meanwhile, account for half of the population, with Brussels — the capital, and a region itself — making up the balance.

Other than fundamental matters of state, such as income tax and defense, nearly everything is split on a regional level between the Dutch-speaking north, the French-speaking south and Brussels — a predominantly French-speaking island in a Dutch sea….

(For a slightly lengthier and more extensive look at the differences, check out this Brussels Times article from November, 2017.)

In practice, Belgium operates as independent regions – Flanders and Wallonia, each with their own parliaments, trade ministers, prime ministers, etc. But when the country presents itself abroad, it does so with one face to the world — the Belgian nation.

We take a quick look below at the two major regions of Flanders and Wallonia. Brussels region has many of its own departments as well, but for economic development purposes, its not a major player. 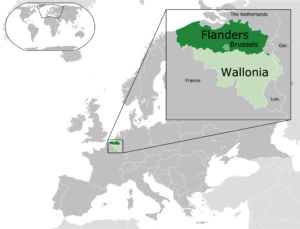 Flanders for much of the 19th and 20th centuries was the poorer of the two regions. It lagged economically behind its French-speaking counterpart as Wallonia accumulated heavy industry such as mining.

Flanders’ economy was largely agrarian and textile-based, though it also had the increasingly strong Port of Antwerp.

The region is slightly smaller in landsize than Wallonia, but has two-thirds of the Belgian population.

In the past several decades, many of the prominent family businesses in Flanders have reinvented themselves and the region itself is now booming with high-tech and innovative companies.

Today,  Flanders is an economic strongman. Though the Antwerp port skews the numbers a bit, 80% of Belgian GDP comes from Flanders. The region’s purchasing power is about 20% above the EU average and wages are higher than in neighboring Wallonia.

With an extensive infrastructure of ports, canals, interstates and airports, Flanders markets itself as the Gateway to Europe. Its large industries include logistics, chemicals, high technology, clean energy, textiles and advanced materials.

Wallonia — the French-speaking part of Belgium – has many large legacy industries, a talented workforce and strong government support for economic development.

Historically, Wallonia capitalized on its coal and iron deposits to become one of the most heavily industrialized areas of Europe. But the fall of heavy industry after World War II and the closing of inefficient coal mines hit Wallonia hard, a blow from which it is still recovering.

Wallonia accounts for nearly half the land area of Belgium, but has only one-third of the population.

Its leaders recognize that Flanders has moved ahead of Wallonia economically and are moving to support more dramatically economic development. As a result, research parks and business incubators are rising in profile and importance to the region.