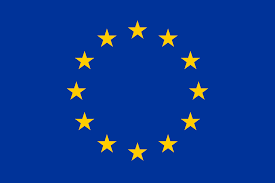 The EU sent a pointed reminder to US states of the costs of a potential trade war .

In a report issued late last month, the European Union says it accounts for more than 600,000 jobs and more than $200 billion in investment in the the Carolinas and Georgia.

The study and an accompanying website, released by the EU mission to the United States, found that EU trade and investment create 6.8 million jobs across the United States and that the region represents $2.37 trillion of investments in the US.

The report is a not so subtle reminder of the importance of EU-US trade at at time when new tariffs remain possible from the Trump administration.

For the Carolinas and Georgia, the EU impact is significant.

In South Carolina (click here for complete infographic), the report cites $10.73 billion in exports from SC to the EU in 2017 and more than $528 million in revenue from EU visitors.

Interestingly, the state just reported that exports grew for the 9th year in a row, rising 7.5% to $34.6 billion. That ranks SC — the US’s 23rd most populous state — 14th among all states for exports. While China is listed as the top country for SC exports — with 16% of the total, Germany, the UK, Belgium, France and Norway account for about 23%. That means that if Europe were counted as a single trading partner, it would rank as SC’s largest.

Motor vehicles and parts dwarf all other SC exports, accounting for $4.7 billion — or about 44% of total SC exports. Aerospace comes in second at $530 million, followed by electrical equipment at $369 million.

In North Carolina (infographic here), the EU claims $13.2 billion in exports from NC and $908 million in revenue from tourists.

The top export from NC to Europe is pharmaceuticals, nearly double the second-place export — aerospace products, which is followed in third by chemicals.

Danish pharmaceutical manufacturer Novo Nordisk has been in NC since 1993, and is investing $2 billion in its facility in Clayton, NC.

And in Georgia, (infographic here), the numbers are $14.2 billion in exports and just more than $1 billion from tourists.

In all three states, the EU claims to be the biggest source of foreign investment.

The European Union is a political and economic union of 28 nations in Europe. In 2017, the US was the EU’s largest partner for non-EU exports, and the second largest (behind China) for imports.

The NFIA and its regional partners helped bring 372 projects to the country, accounting for 2.85 billion Euros and 9847 jobs, according to the NFIA.

Of those, 42 companies made the move because of Brexit, the agency said, including the European Medicines Agency. For more on that move, see our post here.

Those Brexit-related companies account for 1,923 job and 291 million Euros in investment, NFIA said.

US and Canadian companies directed 85 projects into The Netherlands, creating 3,296 jobs and 1.2 million Euros in capital investment, according to the NFIA.

The large 2018 increases are more than double those in 2017 and could mean larger gains yet to come, officials said.

“Due to the growing international uncertainty surrounding Brexit and changing global trade policies, the importance of a good Dutch business climate for all of us is continually increasing,” said Eric Wiebes, Netherlands Minister of Economic Affairs & Climate Policy.

Flags dropped and bureaucrats talked as the European Medicines Agency prepared its move to Amsterdam from London ahead of Brexit, a pharmaceutical industry publication reported.

“The European Medicines Agency monitors the quality and safety of medicines for both humans and animals. In addition, it assesses new and innovative medicines as efficiently as possible for safety, efficacy and quality, so that they can enter the European market with the least possible delay, and EMA remains ready to act quickly if there are problems with a medicine,” according to the Invest In Holland website.

The move will attract 36,000 visitors annually to The Netherlands, Invest in Holland said.

For more information on the Dutch bioscience sector, click here.

Investment in Belgium’s Flanders region reached an all-time high in 2018, and doubled from the 2017 level, the government reports.

The report by Flanders Investment and Trade said that the chemical sector was the key factor driving investment from 2.08 billion Euros in 2017 to 4.24 billion Euros.

As usual, The United States remained the largest source of investment in Flanders, generating 40 separate projects, followed by The Netherlands, France and Germany.

Just over half the investments were greenfield projects, with almost 30% representing expansions and the rest constituting mergers and acquisitions.

Manufacturing expansion and research and development were the two largest drivers of the increase.

The  Kortrijk Biennale Interieur celebrated 50 years in October of its internationally acclaimed design festival. The week-long  exhibition has enabled the West Flanders city to move from a dying textile capital to a vibrant creative center.

For this 26th version of the festival, the Biennale was shortened from 10 days to five (Oct. 18-22). Still the impact on the city  both during the event and over the years, is and has been profound.

For much of the 20th century, Kortrijk anchored the textile industry of Belgium’s West Flanders region. But as the textile industry moved to other less expensive manufacturing areas, the Kortrijk region remade itself into a creative hub. That process continues today, with the Biennale Interieur being the most visible and internationally recognized symbol of the transition.

The process has resulted in design integrating itself into the local economy to such an extent that in 2017, UNESCO named Kortijk part of its Creative Cities Network. Kortrijk joined 180 other cities in 72 countries. (Only nine are in the US.)

The Kortrijk transformation is as significant as the change undertaken by its US Sister City — Greenville, located in the Upstate region of South Carolina.

Greenville shed its textile heritage to become a manufacturing powerhouse. The Upstate region is home to such companies as BMW, Michelin and Toray.

But while Greenville focuses on  high-end manufacturing, Kortrijk more subtly has worked to build a creative infrastructure that supports new and growing businesses.

5×5 – Creating Next Generation of Designers

That was evident at the Biennale Interieur with the 5×5 program presented by DesignRegio. A public-private partnership, Designregio supports design across West Flanders. Its 5×5 program specifically brings together an existing successful company that seeking help in creating a new process or product. Designregio puts the larger company in contact with an experience designer as well as a young designer. Together, the three partners develop the new process or product over two years, guided by 5×5’s protocols.

At Designregio, the finished work is presented — examined, critiqued and appreciated by the crowds. 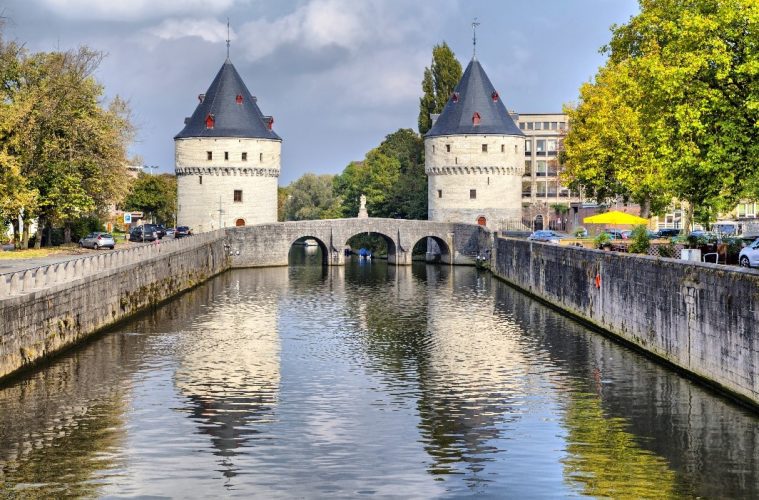 Made in West Flanders says that Agristo, a large West Flanders potato processor, and De Watergroep, Flanders’ largest drinking water company, are working with Toye brewery to use water from the Leie River in a new beer.

De Watergroep was already purifying the Leie water for use at Agristo. And when a local enthusiast suggested creating the new beer, Toye was quickly on board. Geert Toye, brewery manager, called it “the perfect opportunity to brew with recycled water.”

The Leie has a special significance in Kortrijk, which is a Sister City with Greenville, SC.

The river was important to Kortrijk’s growth as a major flax center in the 20th Century, which led to its relationship with Greenville, also a major 20th century textile center. Now, the Toye brewery operates from a former flax factory.

Colleton County has an unnamed food packaging manufacturing plant interested in its 100,000 sq. ft. spec building, the Press and Standard newspaper of Walterboro reported on Walterborolive.com.

The county council gave the second of three required approvals to a tax ordinance which noted that the company anticipated “investing approximately $70 million in new machinery and equipment” and could have 360 employees within five years, the paper said.

Colleton County Economic Development Director Heyward Horton said that, if the project is completed, it would be the county’s biggest-ever economic development project.

Colleton is a county of about 40,000 people located adjacent to Charleston County in the Lowcountry area of South Carolina.

For  more information about Colleton and its economic development, click here. 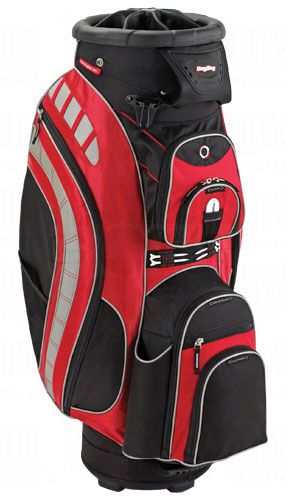 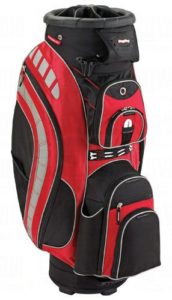 A Virginia-based golf and accessory company is moving its manufacturing and warehouse operations to Chesterfield County in South Carolina, a recent story in the Columbia Business Journal reported.

Dynamic Brands is set to invest $3.8 million and create 12 jobs at a 65,000 square foot facility in  Pageland, the paper reports. Dynamic is the parent company of several brands of  golf carts, walking bags, golf towels and other recreational and travel accessories.

For more information about Chesterfield County and its economic development, click here. 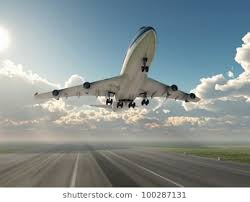 Charleston International Airport has seen its air cargo business rise by 12 percent in 2017, and is on pace to set a record again in 2018, according to a report in the Post and Courier newspaper of Charleston.

The growth is due not only to FedEx’s continuing business there, but also Boeing and its manufacturing center.

“Boeing has brought significant shipments to the area,” FedEx cargo terminal operations manager Mike Matricciano told the paper. “Volvo probably will, too. With all the manufacturing moving here, we are anticipating additional growth.”

Click here to learn more about the Charleston area.